The John C. Fremont Healthcare District is a political subdivsion of the State of California, created in 1947 under the provisions of California Local Hospital District Law.

The District is governed by a publicly elected five member board of directors.

The Board of Directors:

Linda Pribyl, RN, MSN, Board Chair, was elected to the Board in the November 2014 General Election and began her four year term on December 1, 2014.
Mrs. Pribyl is a registered nurse with a Bachelor of Science in Nursing and Master of Science in Nursing from Loma Linda University and a Masters degree in Business Administration from the University of Phoenix.
Her healthcare career spans over 40 years, providing a breadth of experience in patient care, clinical research, diabetes clinical specialization, patient and staff education, nursing student instruction, public health nursing, case management, and hospital management ranging from unit manager to senior vice president. Her management responsibilities included hospital renovations, capital campaigns, new program development including feasibility studies and budget development, start-up of Medicare-certified home health agency achieving 4 cycles of Joint Commission accreditation including commendation, and management of home health, hospice and private duty services.
She has served on a variety of boards, including Federal Credit Union, Arthritis Foundation, Hospice Hawaii, Hawaii Association for Home Care, and hospital Governing Board. She has been a member of the Mariposa County Commission on Aging since 2001.

Candy O'Donel-Browne, Secretary-Treasurer, has been on the Hospital Board of Directors since 2003.
Mrs. O'Donel-Browne acquired a BA in Psychology from Fordham University.
She owned KOA Yosemite/Mariposa Campground and RV Park in Midpines. After she sold it, she became the Executive Director of the Economic Development Corporation of Mariposa County. She is now retired.
She is involved with a number of other community boards and committees, including Yosemite Gateway Partners, Mountain Crisis Services, the Mariposa County Arts Council, the Economic Development Corporation, YARTS, and the Midpines Planning Advisory Committee. 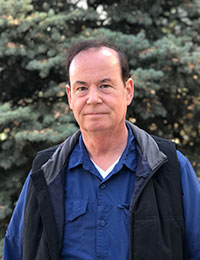 Joseph E.C. Rogers, M.D., was elected to the Board during the general election of 2016.
Dr. Rogers has been in practice as a physician since completing his residency training in 1990.
Dr. Rogers received his bachelors degree at St. Mary's College of California. He attended medical school at the Medical College of Wisconsin in Milwaukee graduating in 1987. He returned to California for residency training in Pediatrics at Valley Medical Center and Valley Children's Hospitals in Fresno. Upon graduation, he entered practice in 1990.
For nearly a decade thereafter, Dr. Rogers worked in rural communities in the Central California Valley area. Recognizing a clear need for expertise in rural emergency medicine as well as primary care, Rogers entered the Emergency Medicine Fellowship Program at Duke University in Durham, North Carolina in 1999.
Rogers returned to the Central California Valley area and established a multi-disciplinary physician group to meet the varied needs of the mountain community of Mariposa. Together with Dr. Marcus Shouse, Sierra Rural Physicians provided Emergency Medicine service at John C. Fremont Hospital beginning in 2006 and expanded to include professional physician coverage in the Skilled Nursing Facility and inpatient hospital.
Following 26 years of providing direct patient care, 11 years of those at John C. Fremont Hospital, Rogers has joined the faculty at California Northstate University College of Medicine and the John C. Fremont Board of Directors.

Teresa Johnson, was appointed to the Board during a Special Board Meeting held on August 10, 2022.
Mrs. Johnson has a Bachelor's in Human Resources from Friend's University, Wichita, Kansas, and a Master's in Administration from Central Michigan University, Ft Riley, Kansas.
Her work history spans 34 years with the Federal Government and currently, she is working for MCUSD as a teacher's aide. She has extensive knowledge of hospital administration through her position as Medical Expense Reporting System supervisor for Letterman Army Medical Center and Irwin Army Hospital. This position afforded her the opportunity to research hospital usage and patient quotas. With the data, she compiled Letterman Army Medical Center was downsized to a clinic. This data aided in the stages of employee reassignment rather than releasing employees. She has multiple levels of management experience, including the Employee Readiness Program and Training Development Program, and Strategic Planning within the Federal Government.
She has been a Toastmaster for 14 years and held club president roles in a variety of clubs across the United States. She is currently a member of the Calaveras-Mariposa Community Action Board. She graduated from the Flinthills Leadership program working with local communities to prioritize the growth and expansion of programs they offered. 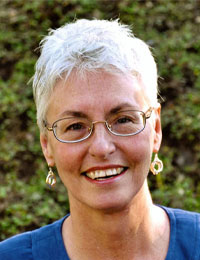 Suzette Prue, was appointed to the Board during a Special Board Meeting held on August 10, 2022.
Originally a mid-westerner, she has lived in Mariposa County since 1984 and has been involved with local healthcare in one way or another since 1986 when she was asked to join the Fremont Foundation Board of Directors. She served with them for several years and co-founded their largest fundraiser - the Black and White Ball.
Around 2000 Suzette was appointed to the John C. Fremont Healthcare District Board of Directors and served for many years until about six years ago. In the intervening years she served the community as a patient advocate.
Last year Suzette became the co-sponsor of the private citizens Measure O Committee to secure funding for construction of a new hospital. She worked hard for passage of the local tax measure on the June 2022 ballot.
Suzette brings a breath of life experience to the healthcare district with a background in journalism and business management. She has worked at publicly traded corporations and private non-profits.